1757 - Ignaz (Joseph) Pleyel, Austro-French Composer, Music Publisher and Piano Manufacturer. Trained in music while still a very young child, he was sent in 1772 to Eisenstadt to become a pupil and lodger of Joseph Haydn. He later claimed a close, warm relationship had existed between them, and there is evidence of Haydn's esteem for his student’s compositional talents in the overture (or at least the first two movements) of Haydn's puppet opera Das abgebrannte Haus, generally accepted as being Pleyel’s work.(Pleyel's Symphony in C major, Op.66 (1803). Performed by the London Mozart Players, with Matthias Bambert, conductor. Updated by KuhlauDelfing2. Accessed June 18, 2015. Suggested reading: Pleyel symphonies, a  review from Gramophone.)

1845 - Alphonse Laveran (born Charles Louis Alphonse Laveran), French Physician who won the Nobel Prize in Physiology or Medicine in 1907 for his discoveries of parasitic protozoans as causative agents of infectious diseases such as malaria and trypanosomiasis. 1907 Nobel Laureate in Medicine.

1903 - Jeanette (Anna) MacDonald, American Actress and Singer, best remembered for her musical films of the 1930s with Maurice Chevalier (The Love Parade, Love Me Tonight, The Merry Widow and One Hour With You) and Nelson Eddy (Naughty Marietta, Rose-Marie, and Maytime). During the 1930s and 1940s she starred in 29 feature films, four nominated for Best Picture Oscars (The Love Parade, One Hour with You, Naughty Marietta and San Francisco), and recorded extensively, earning three gold records. She later appeared in opera, concerts, radio, and television. MacDonald was one of the most influential sopranos of the 20th century, introducing opera to film-going audiences and inspiring a generation of singers.(Jeanettte MacDonald sings "The Holy City", the song was used in the film San Francisco also starring Spencer Tracy and Clark Gable.

1932 - Dudley Herschbach, American Chemist, 1986 Nobel Laureate in Chemistry, jointly with Yuan T. Lee and John C. Polanyi "for their contributions concerning the dynamics of chemical elementary processes." Herschbach and Lee specifically worked with molecular beams, performing crossed molecular beam experiments that enabled a detailed molecular-level understanding of many elementary reaction processes. Herschbach is a member of the Board of Sponsors of the Bulletin of the Atomic Scientists.

1952 - Carol Kane (born Carolyn Laurie Kane), American Actress and Comedian. She became known in the films Hester Street, for which she received an Academy Award nomination for Best Actress, Annie Hall, and The Princess Bride. She appeared on the TV series Taxi, as Simka Gravas, winning two Emmy Awards for her work. She the character of Madame Morrible in the musical Wicked, both in regional productions and on Broadway. From 2015 to 2020, she was a cast member on the Netflix original series Unbreakable Kimmy Schmidt, in which she played Lillian Kaushtupper.

1961 - Alison Moyet (born Geneviève Alison Jane Moyet), English Singer, Songwriter and Performer noted for her powerful bluesy contralto voice. Started as half of the duo Yazoo (or Yaz), but has since worked as a solo artist. Her worldwide album sales have reached a certified 23 million, with over 2 million singles sold. All nine of her studio albums and three compilation albums have charted in the Top 30 UK Album Chart, with two of them reaching number one. She has achieved nine Top 30 singles and five Top 10 hits in the UK Singles Chart. (Alison Moyet - All Cried Out. Accessed June 18, 2019.)

To celebrate Sir Paul McCartney's birthday, here's one favourite song "Yesterday" by their famous English rock band, the Beatles. The song is written by him (credited to Lenon-McCartney), first released on the album Help! in the UK, in August 1965. (Accessed June 18, 2016)


1429 - Joan of Arc, French religious military leader, leads troops to a victory of the English at the Battle of Patay, turning the tide of the Hundred Years' War.

1812 - The U.S. declares war against Great Britain, invading the British North American Territories. The war of 1812 ended in a stalemate, but led to the formation of Canada as a nation.

1815 - Napoleon Bonaparte is defeated at Waterloo, on a field on which he had strategic advantage, by an international army under the command of the Duke of Wellington. It was the final destruction of Napoleon's second attampt after escaping from the Island of Elba. The Duke of Wellington, Arthur Wellesley, is in command of around 93,000 allied forces. He was also supported by 117,000 Prussians under Marshal Gebhard von Blucher.

1928 - Aviatrix Amelia Earhart flies across the Atlantic Ocean as a passenger, the first woman to make the trip in an aircraft.

1940 - Fresh from the miracle retreat at Dunkirk, Winston Churchill rallies Britain against the Nazis with his "Finest Hour" speech. 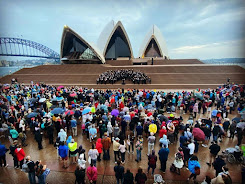 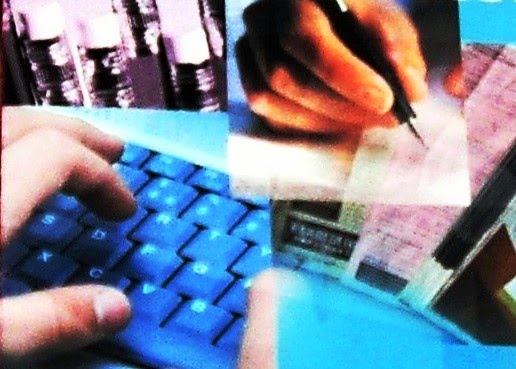